Everyone has had their share of toxic relationships at some point in their lives. When you part from an unhealthy relationship and enter a new one, months or even years down the road, you can still carry with you some of those toxic traits that had seeped into you during that time, dragging them into your new relationship. A new beginning should be fresh and easy, but having destructible characteristics will make that impossible .

Many deny having any unhealthy traits, but that does not mean that they are not part of their everyday behaviors without acknowledgment of it. Either you were in a relationship with someone who was toxic to you or perhaps you were the pernicious one. Take a close look at some of your past experiences in relationships and identify if you were the toxic one, your ex, or perhaps both. I made a short list of toxic patterns. If you recognize yourself in any of these, then perhaps personal growth is warranted before entering a new relationship.

Snooping Through Your Partners Phone
This is a very common impropriety in a relationship, especially one that is going nowhere fast. Maybe you have been cheated on before and found out about it in this type of way and now this is just what you do when you have a feeling that something is off. Though, this might have been your way of finding out in the past, it still is not healthy. If you cannot simply talk with your partner about what you are feeling and ask questions without thinking you aren’t getting a truthful answer, then this is a red flag that you are not truthfully happy and perhaps this is not the person for you. You don’t want to live this way, believe me on this!

Being Inconsistent
If your words and your actions are constantly inconsistent with each other, then there is a high probability that you have some toxic qualities that you need to work on. For example, you have some really good days with your partner, but on the days where you have disagreements you take off to a bar instead of sitting down with them and coming up with a solution to fix this bump on the road.

Not Trusting Your Partner
I know these days trusting people is difficult, especially if you have been hurt in the past, but this is not something that should be taken with you into the next relationship. If you are having trouble trusting people and do not feel like your heart can bear anymore dishonesty, then you need to stay single, focus on you, and heal.

Bringing up Past Behaviors/Mistakes
If you have been in your relationship for a few months and you are already throwing what they did to you in the past in their face, you are being toxic. If you chose to stay with that person after what they have done to you, then you should have forgiven him/her and moved on. Never bring up past mistakes or conflicts to relive.

Comparing Your Partner to Your Ex
Comparing your partner to someone you were with in the past is so belittling and disrespectful. No relationship ever improved by comparing what your now partner does to what your ex would do. You moved on so do just that and move on.

Lying and Sneaking Around
If you feel like you have to lie and sneak around then being in a relationship just isn’t for you at this point in time. Stay single and do whatever it is that you want to do. No one deserves to be lied to and sneaking around isn’t fair to the other person. If you are doing things that you know will hurt the other, it is better to let them go for their own sake.

Whether one or all of these resonate with you, this is a brutal course in self-awareness that may be required for you to grow as an individual. The most important thing for you to know is that you are not the first or last person on this world to carry around traits such as these. Learn and grow from your mistakes. Take responsibility for your behavior and own up to your wrongs. Most importantly, be kind to yourself and to others. 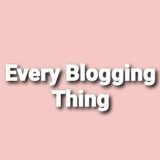 By Every Blogging Thing!

I am so happy you are here! My name is Ms. Tee and in my blogs you can expect to read topics on just about everything; Hence, the name of my website: Every Blogging Thing!
As to who I am, I'll just say, I'm a bit of an introvert as much as I am an extrovert. Wild, but cultivated. Serious while a Jokester. Loved just as much as I am disliked (I think I'm more loved though), and I am very outspoken, to say the least.
I hope you can relate to my writings. If there is something that you would like to know more about just message me and I will be happy to fill you in.

6 replies on “7 Signs That You Are the Toxic One”

Yes, absolutely. I’d be a liar if I said I didn’t have a few of these myself. But certainly working on myself, because these can eat at you.

This is an interesting post. These can be quite toxic. Thank you for sharing.

One thing that certainly helps is responding intelligently to unintelligent treatment- Move on. Thanks for reading

I’m loving the detailed explanation! Good content! Everyone has toxic personalities simply because we’re human. But what’s wrong is when we don’t take accountability.

Thank you! Exactly. Learning from our own toxic ways help us grow as individuals and in our relationships/friendships.